HOW BRAZIL HELPED FIRE UP OUR HISTORY 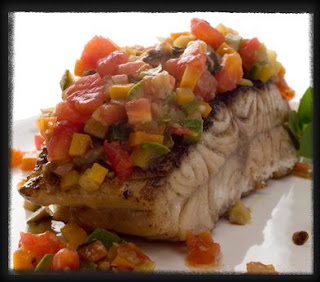 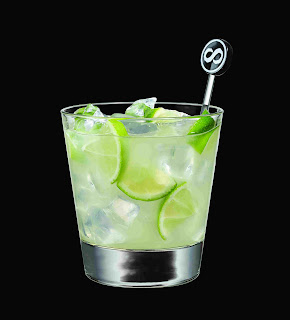 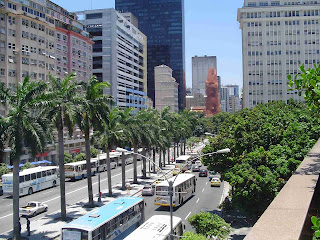 MOST of us believe it's a fair bet that when Captain Arthur Phillip and his officers, civil servants and their families celebrated the arrival of their First Fleet in Port Jackson in January of 1788, they raised glasses filled with rum or brandy.

After all, they'd hadn't put around 3500 litres of the stuff aboard their eleven ships in Portsmouth the previous May for simply medicinal purposes.

But researchers now believe its also likely taht another fiery drop helped fuel that first-ever booze-up by Europeans on Australian shores – a cheaper sugar-cane-based firewater called cachaca that Phillip had come upon during the Fleet's re-victualling stop-over in Rio de Janeiro.

Yet ironically while cachaca may well have played such a distinguished role in our history all those years ago, apart from amongst our expatriate South American population, it's never really taken off here as a major drink of choice.

And that's something that one of Brazil's premier makers of upmarket cachaca, a company called Sagatiba, now wants to turn around: this month it embarked on an Australia-wide marketing blitz to make us more aware of just what cachaca is – and how it can be used not only as a drink in countless forms, but in a whole range of mouth-watering dishes on the table from entrees to main courses and desserts.

Cachaca is big business in Brazil. Annual production of the stuff is around 2-billion litres bottled under some 5000 different brands, and with 400-million litres of this being exported, it leaves the enthusiastic Brazilians to toss the remaining 1.6-billion litres of their "national drink" down their own throats… that's 11-litres (around 3.5-gallons) every year for every man, woman and child in the country.

Just how cachaca came into being is unclear, but most believe it followed the introduction of sugar-cane farming into Brazil around 1550: slaves forced to work the plantations discovered that by secreting some of the crop from their masters and fermenting it, they had a potent drop that could help cure most things from sore throats to colds and minor wounds… and if imbibed with gusto, bring a glow to their miserable lives.

And while it was long considered the drink of the lower classes and referred to by Brazil's elite as "cat choker" (and sometimes worse,) cachaca is now a highly desired drop amongst all levels of Brazilian society.

Many people mistakenly refer to it as a rum as it is made by fermenting sugar-cane with a variety of cereals, but in fact it is classified as a brandy.

In its countless mixed forms it is called caipirinha and can be mixed with anything from fruit juice to soft drinks, crème liqueurs, milk, coffee and even power drinks, and drunk as an aperitif, a martini, a long drink, as a form of Bloody Mary, frozen or as a hot drink.

And as anyone who has been to Brazil will tell you, it's equally at home in the kitchen where it can be blended into a dressing or a dip, drizzled over green salads, used as a marinade for seafood, to infuse with poultry or meat dishes, and to add zest to such desserts as millfeuille, parfaits or panna cottas.

If you're visiting Rio de Janeiro, you'll discover hundreds upon hundreds of restaurants and bars from Academia de Cachaca to Zuka that specialise in dishes and drinks using cachaca.

Academia de Cachaca is at 26 Rua Conde de Bernadotte Leblon where the dining is upmarket in a laid-back ambience, and whose extraordinary bar staff can whip up any of 500 different cachaca-based drinks without a moments hesitation, while the chefs there flavours every one of their North East Brazilian-dishes with a loving dash of the stuff.

Work – or perhaps stumble – your way through the list until you happen upon Zuka at 233 Rua dias Ferreira, a unique eatery in which diner's tables are grouped around a sunken kitchen, so you can look down on the team of chefs creating dishes that are a fusion of the best flavours of Italy, Brazil and Asia.

To get an idea of how to use cachaca as a basis for summery drinks and in unusual and inspired dining, go to www.sagatiba.com

CACHACA is the basis for untold numbers of drinks both short and tall.

AND it can be used in dishes such as this fish with cachaca, herbs and ratatouille.