A VINTAGE TALE FROM THE VIENNA WOODS 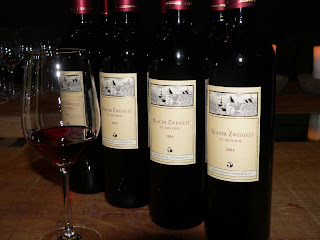 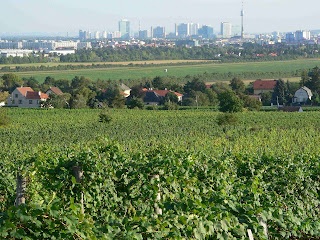 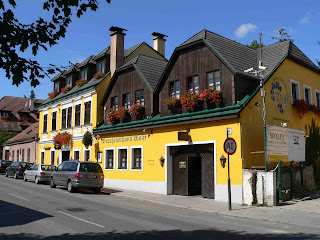 IT's best known for St.Stephan's Cathedral, the Schönbrunn Castle, it's  Boys' Choir, the Danube, and something about Tales in its Woods. But David Ellis discovers there's another side to Vienna: it's the only capital city in the world with a thriving commercial wine industry within its city limits.

It takes less than 20 minutes from Vienna's CBD to get amongst the vines and the cute vineyard villages of Neustift am Walde and Grinzing, in the foothills of the beech-tree'd Vienna Woods on Vienna's outskirts.

Window boxes in the historic main street are dripping with red and pink pelargoniums when we arrive, and the wine taverns (known as Heuriger) are already open for tastings and sales, with many also serving hearty traditional Heuriger platters piled with ham, roast chicken, crumbed pork, vegetables and salads.

The lot is washed down with the local specialty white wine Gruben Veltliner, or Sturm (a cloudy, potent drop extracted midway through fermentation and allegedly taken for its digestive qualities.)

There are 700 hectare of vines here within the city limits, managed by 320 winemaker families, and the taverns' are a-buzz now and year-round with tourists and locals alike seeking a taste of authentic Viennese wining and dining.

A genuine friendliness is the essence of life among the grape growers and winemakers, and during harvest many set up small cabins on the roadside to share a drop with neighbours and friends. And visitors, too: simply stop and they'll invite you to join-in a free taste.

Most Viennese wine is made for immediate drinking rather than cellaring, so come August and September the SALE signs go up to ensure plenty of empty barrels are on hand for the new crush.

And on November 11 each year there's Wein Taufe – 'Wine Baptism' that brings the community together for a knees-up few days to celebrate the release of the new season's wine.

And across the Danube River we discover another vineyard community  Stammersdorf, but this one's rarely visited by tourists.

We ask to meet some winemakers and find ourselves whisked off to the roughly-paved hillside Kellergasse (Cellar Street) with its own uniquely-styled roadside shacks-cum-wine cellars, and as in France are referred to as 'caves.'

He takes us up onto the living grass roof of his 'cave' to overlook neighbouring vineyards, and through the power pylons Vienna, and lap-up unexpectedly good wines in the late afternoon sun… while on the other side of the road, a colleague starts a motor mower, to trim not his lawn, but the grass roof of his cellar…)

Peter offers a prized 2003 Chardonnay he's had tucked away and talks of winemaking here and back to the early times of the Roman Empire. And he takes us to another of his vineyards to try his red wines, a 2m-diameter barrel sunk into the grass making our table as the sun disappears and a full moon rises.

This is connectivity with nature, Peter says, also pointing out the strip of native vegetation he preserves between some of his rows of vines for the bees, wild boars and deer.

His Merlot slips down as mellow as the twilight as he talks of how a new breed of winemaker is moving on from producing simply quaffables, to employing sophisticated technologies that are helping take Viennese wines to the world.

One such is Wieninger, also in Stammersdorf that now exports to 19 countries. Along with other winemakers including Rainer Christ, Michael Edlmoser and Richard Zahel, its owner Fritz Wieninger in 2006 helped create a group called "WIENWEIN" to pursue the art of making high quality Viennese wine.

We're coerced into another round of samples (this time Chardonnays, Sauvignon Blancs and a Riesling,) before reluctantly accepting that its time for our driver to get us back to dinner commitments at our Hotel Europa.

But we assure Peter and Fritz and the others that it's not the last they've seen of us, and that another day we'll be back.

See www.wienerwein.at and check out Tempo Holidays 1300 558 987, www.tempoholidays.com for its Taste of Vienna packages, hotels and local tours.

. VIENNA'S vineyard's are a stone's throw from the CBD.

. WINES from Vienna are now being enjoyed around the world.