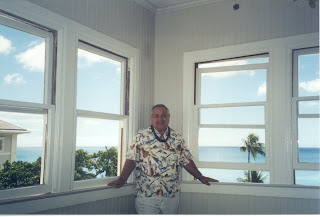 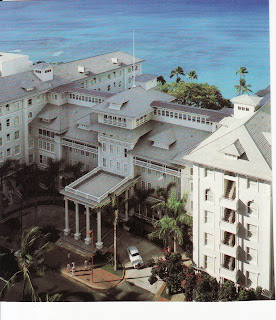 There is, in this travel writing game, an inherent risk of madness brought about by an occupational hazard known as TSI.

TSI is what these writers engage-in in the hope that they we will splash enough ink around their pages about the hotels or resorts they visit, to in fact pay for their stay ten times over.

Every stay invariably begins, ends, or is interrupted by TSI. The occasion is generally conducted by a smiling young thing who has done it twenty-something times already that week for travel agents, writers, meeting organisers, wedding coordinators and anyone else who can help put bums in beds.

And they have it down so pat that if they miss a floor in the elevator they'll happily be describing what a beautiful ballroom we're in, whereas in fact we're in the dunnies on the level above.

So it was with horror that fellow scribes learned that in Hawaii recently, we occupied a couple of spare hours voluntarily taking a TSI.

"He's finally lost it," was one colleague's summation. "Keep it up, and you'll go blind," warned another.

But we convinced the sceptics that roaming Waikiki's oldest hostelry  (the Sheraton Moana Surfrider, circa 1901) and learning its little-known history, was time both professionally and personally rewarding.

And there was no trim young thing leading us, but rather a happily overweight bloke (the result, he says, of a ritual of fried Spam and egg breakfasts,) who sported an Aloha shirt and a lei in place of a clipboard.

His name was Tony Bissen, a likeable out-of-the-ordinary Moana Reception Clerk who is so proud of his historic hotel that six times a week for the past seventeen years he's walked guests and other visitors for free hour-or-so journeys amidst its corridors of memories.

And there are no dunnies in place of ballrooms, no comparisons of twin-bedded rooms with single-bedded rooms, rooms with garden views as opposed to one's with beach views, rooms with spas compared to rooms without… or the obligatory Royal Suite that king someone-or-other once slept in.

Rather, Tony begins with a flickering black-and-white film of old Waikiki, talks us through a fascinating collection of historic hotel paraphernalia including bulky woollen neck-to-knee bathers, century-old dinner-ware, postcards, old steamer trunks and their fashion contents – and a room key recently returned by the family of a guest who'd forgotten to give it back it after a stay in 1920.

He then shows us lop-sided windows caused when the half-built hotel started sinking in the sand 106 years ago and had to be propped-up, and a corridor with a decided downhill slope caused by that same sinking feeling.

He points out the massive banyan tree in the garden under which Webley Edwards broadcast Hawaii Calls every Saturday afternoon for nearly 40 years through 650 radio stations world-wide.

And takes us into a yester-year of old-world charms supported by 21st century technology and indulgences, rattling off homilies along the way: Mickey Rooney took surfing lessons here, Admiral Bird rested at the hotel before going to the Antarctic, Clarke Gable became mates here with legendary surfer Duke Kahanamoku, Shirley Temple sang The Good Ship Lollipop under the banyan tree, Sinatra crooned From Here to Eternity… and Amelia Erhard called it home for a night or two.

And what about the Mystery of Room 120? Was it murder, or was it misfortune? Tony says that's another story for another day…

To join Tony's free tours – he shows over 6000 visitors a year around the hotel – simply turn up at the Sheraton Moana Surfrider on Waikiki at 11am or 5pm any Monday, Wednesday or Friday; you don't have to be a hotel guest – most participants actually come from other resorts.

TWISTED view of Waikiki: Tony Bissen and just some of the Sheraton Moana Surfrider's lop-sided window frames, re-cut to fit after the hotel got that sinking feeling.