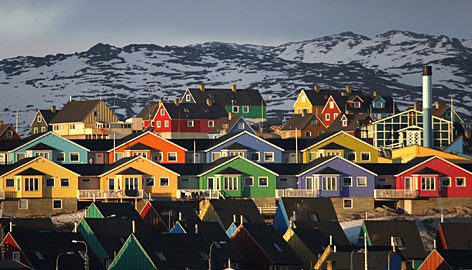 Been South? Then, the Arctic is a perfect complement to any southerly expedition and can be as simple as a cruise to Iceland or Greenland or as heroic as a nuclear icebreaker to the North Pole itself.

Generally speaking, there is more of the Arctic accessible to cruising than the Antarctic and, for better or worse, much less regulation.

Any student of geography will know the northern polar icecap is not the huge, deep frozen landmass of its southerly equivalent. The entire Arctic Ocean is the world’s largest slushy, varying in size depending on the season.

The rim of this ocean is the entire northern coast of Russia, the melee of islands and waterways of northern Canada, and the uppermost reaches of Scandinavia. All of this, yes all, hosts ocean cruises of one sort or another.

Without doubt, the Holy Grail for polar adventurers are the Poles themselves. If money were no object, you could do both and still have change from US$50k. The North Pole can also be accessed by aircraft, but the signature product of Quark Expeditions is the mighty 50 Years of Victory, a 25,000 tonne, 75,000 horsepower nuclear icebreaker. The journey takes place each July and is 16 days Murmansk to Murmansk.

The other iconic journey, and a regular sellout, is the Northwest Passage from Alaska to Resolute, a regular journey that was impossible until late last century.

Recent scientific reports about retreating glaciers and the thinning ice pack have created some urgency for visitors to this region as they attempt to see the great polar bear in its diminishing natural environment.

Most specialised polar bear cruises take place around the islands of Svalbard, the largest of which is Spitsbergen, just 600 miles from the North Pole itself. Much history also surrounds these islands, being the launching point for many polar expeditions such as the famous airship flights of the 1920s.

Cruise ships in these waters vary enormously. From the 85,000 tonne, 2000 passenger Costa Atlantica to the minnow of the fleet, the M/S Stockholm (pictured) which carries just 12, passengers with all expectations are catered for.

Just like Antarctica, access is only during the brief summer window and most cruises take place between June and September, with July and August the preferred time.
Posted by rodeime