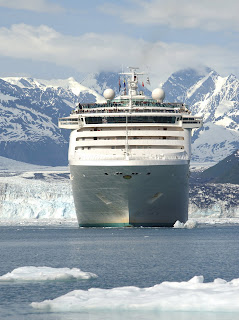 Princess Cruises has launched its 2011 Alaska program, offering Australians the chance to explore the northern wilderness at prices up to 20 per cent lower than this year's cruises.

Already a popular cruise destination for Australian holidaymakers, Alaska is now one of the most affordable with fares for a seven-night voyage from $859* per person.

Meanwhile, Princess Cruises is also offering a range of new land tours showcasing Alaska's captivating scenery, with prices starting from only $699* per person for three nights.

The new 2011 program offers passengers voyages spanning seven to 14 nights onboard six different ships, ranging from the 1970-passenger superliner Sea Princess to the 2670-passenger megaliner Diamond Princess.  Departures are available from Vancouver, Whittier, Seattle or San Francisco between May and September 2011.

The popular seven-night Voyage of the Glaciers itinerary returns in 2011 taking in attractions in both the Inside Passage and Gulf of Alaska. Passengers can spend time exploring Alaskan towns and cruise past the 16 giant glaciers of Prince William Sound's College Fjord onboard megaliner Diamond Princess and superliners Coral Princess and Island Princess with fares starting from $939* per person twin-share.

Alternatively travellers can enjoy seven nights sailing from Seattle through the Inside Passage onboard Sapphire Princess. Visiting Alaska's remote capital of Juneau, only accessible by sea or air, as well as historic Ketchikan and Skagway and picturesque Victoria in British Columbia, fares on these cruises start from $859* per person twin-share.

Princess Cruises has also introduced an expanded program of land tours as part of the 2011 season, with passengers able to choose from a range of tours from three to seven nights. These include the Denali Explorer Direct to the Wilderness program, where guests step right from their ship onto luxury railcars that transport them directly to the Denali area, famous for its amazing wildlife. The three-night Denali Explorer land tour starts at $699* per person twin-share.

Another new offering is Princess' Off The Beaten Path – seven-night tours taking in more remote areas of Alaska such as St Elias National Park, the Kenai Peninsula and Prudhoe Bay in the Arctic Circle.

Combined land and cruise tour fares start at $1638* per person twin-share for a seven-night Voyage of the Glaciers cruise and a three-night Denali Explorer land tour.

"We offer the best way to see Alaska, whether at sea on board amenity-filled ships or on land with Princess' signature wilderness lodges and rail travel.  Combining both with a cruisetour will enable passengers to immerse themselves in the wonders of this 'last frontier'.

'Onboard our ships passengers will experience the majestic glaciers, historic towns and scenic waters of Alaska, while on land passengers will explore the wilderness of the vast Denali National Park, one of the state's top attractions

Prices are per person, twin-share and subject to availability. Conditions apply.
Posted by rodeime