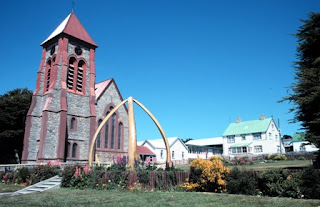 Results released today by the Falkland Islands Tourist Board reveal that cruise tourism brought almost £4.2 million revenue into the Falklands in the 2008-9 season. This figure includes spend on tours, shopping, food and beverage, as well as over £1.3 million in the form of government taxes and levies.

39% of cruise visitors were from the USA, followed by Canada (10%) and then the UK (8.6%). American tourists spent the most money per head, an average of £57.32, with visitors from the UK and other countries spending in the region of £39 per head.

To carry out the survey, 599 cruise and expedition vessel passengers were interviewed while they waited outside the Jetty Centre for their tenders to take them back to their vessel.

Visitors from the UK were most likely to want to return for a land-based holiday, and the tourist board are now planning an annual programme of marketing activity in the UK to capitalise on this.