SHOOTING OF EARLY EXPLORER – THE CAMEL DID IT 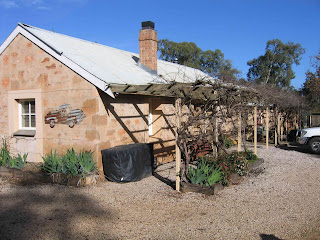 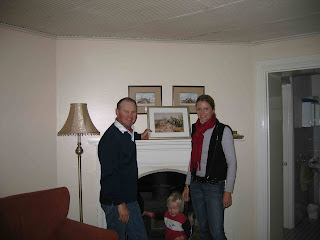 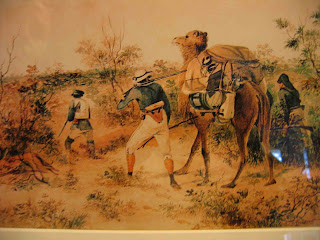 IT was 163 years ago next month that a young colonial explorer, John Ainsworth Horrocks died in one of the more bizarre events in our early history.

Horrocks and his brother Eustace had sailed from England in late 1838,  arriving in Adelaide on March 22 1839 – John's twenty-first birthday.

The young adventurer ran into explorer Edward John Eyre in Adelaide, and when he mentioned his desire to "settle on the land," Eyre suggested rich agricultural country he'd discovered about 160kms north of Adelaide.

Leaving his brother in Adelaide, the comfortably-off John took a man servant with him, and in the upper Hutt Valley pegged a claim on which he quickly established a profitable cattle and sheep run.

He also made several forays into the unexplored wilderness further to the north, and finding even more agricultural treasures, soon had eager settlers following in his footsteps; within a few years he'd established a little community around his own property, naming it Penwortham after his birthplace in Lancashire.

Then in July 1846 he set off on his last, ill-fated journey. Included in his party were the artist S.T. Gill to record their travels on canvas, H. Theakstone as 2-I-C, a driver for their carts and drays, a tent keeper, and an Aboriginal goatherd named Jimmy Moorehouse.

They had six horses, twelve goats, a camel named Harry that was the first-ever used in the Colony on an expedition, and supplies that included flour, tea, arrowroot, kegs of water, rice, sago, hard-tack biscuits, medicines, tobacco and one tent for the men, and another for Horrocks.

To supplement their rations they shot emus and kangaroos – including one 1.75m tall that the unfortunate Jimmy Moorehouse was forced to carry five kilometres back to their camp on his shoulders. And when part of a cart axle broke in rough country, one of the drivers walked back to a cattle station they'd passed two days earlier to seek a spare part.

The party hauled their carts and drays through creeks, into bush that often had to be hacked down to make a way, up hills and into valleys, and in September – about six days north of the upper reaches of Spencer Gulf –  came upon a broad lake that Horrocks named after the artist Gill.

Sighting a large bird in scrub, Horrocks decided to shoot it for food and began loading his shotgun. Someone called for Harry the camel to sit so they could access another shot-belt, but when it knelt it lurched to one side – and in a bizarre million-to-one chance part of the saddle struck the hammers of Horrocks' shotgun.

His middle finger was blown off and several pellets smashed into his face, wounding him badly; the driver Kilroy set out for a station over 100kms away where he would ask them to summon a doctor from Penwortham.

With Horrocks alternating between signs of improvement and deterioration the remainder of the party also headed back to Penwortham, remarkably covering up to 40km a day.

They arrived there three weeks later but John Horrocks, still just 28 years of age, died at his home on September 23 1846 and was buried on his property.

And interestingly for inquisitive holidaymakers today, when he'd first started travelling between Adelaide and Penwortham, Horrocks would overnight in the-now wine-rich Clare Valley at a place local tribes called Mundawora (meaning "Two Ponds,") and around which a cattle and sheep station was established 40 years after Horrocks' death.

Today it's owned by John and Gayle Barry who live in the original circa-1880s main house and operate a B&B called Mundawora Mews in the historic stone one-time stables, workers' rooms, dairy and kitchen.

There's also a complimentary $16 bottle of Jim Barry Watervale Riesling; prices start from $160 per night for two, and guests are free to wander the 50ha property that has sheep, cattle and alpacas, vineyards and abundant bird and wildlife… and the two ponds where John Horrocks regularly camped.

[] MUNDAWORA Mews (circa 1880s;) note the interesting "art" piece on the building – silhouette of a utility cut out of galvanised iron