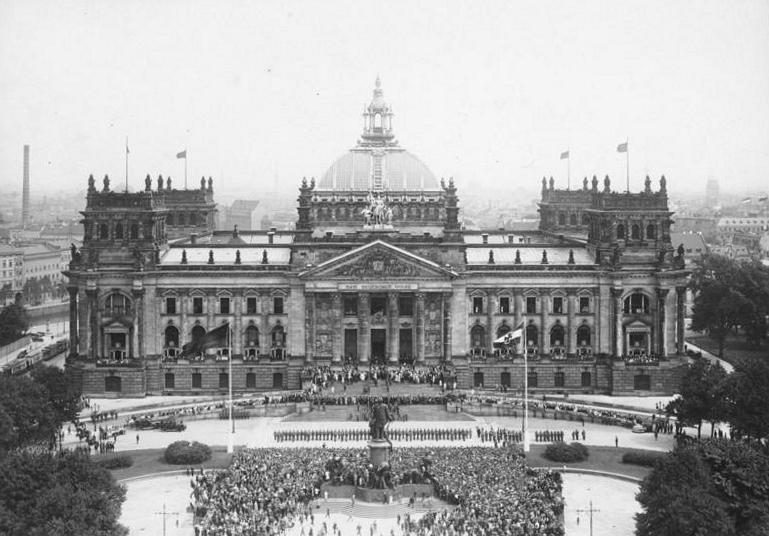 The photo shows the original Reichstag of the Weimar Republic...where Parliament sat in Berlin. This is how it looked in August 1932.  By the end of January 1933, Adolf Hitler was the Chancellor of Germany and once the infamous burning of the Reichstag occurred, he began to seize full power and no one was being left in doubt that there was anything democratic about Germany or anything outward-looking and free about the once fabulously liberally-minded Berlin where the seat of power was for the Weimar Republic.  The rise of the Nazis changed everything and that magnificent, gothic building you see there was burned until the glass of its exquisite cupola exploded and shattered, just like the lives of the people who were about to be traumatised in the new age Reich. 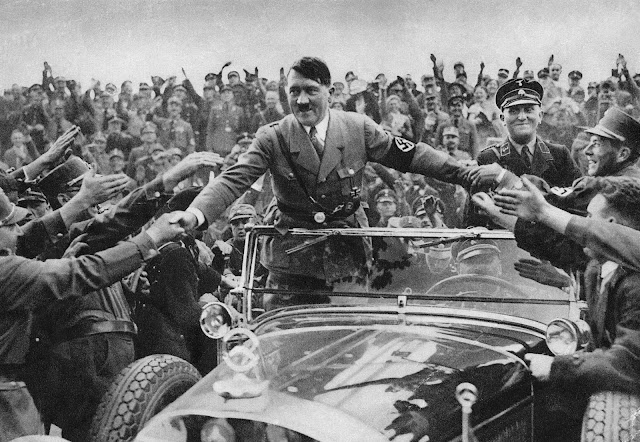 If I'm not mistaken, back in 1933 opposite this was the Tiergarten and where the State Opera sat, which is also where the infamous Nazi book burning ceremony took place of books considered undesirable (mostly by Jewish writers). This happened some four months after the arson of the Reichstag, that many people still believe was motivated by Hitler's people.  And for those of you who don't know this appalling episode in history, you may remember the book burning scene from various movies, including Indiana Jones and the Last Crusade when Harrison Ford's Indiana Jones, posing as a German officer in Berlin, and holding his father's precious diary that will lead them to the Holy Grail, bumps into Hitler and rather comically the Fuhrer signs his book for him.

The Spy's Wife will kick off its story right here in this square on the famous Unter den Linden of Berlin...I'm sure many of you have been here to visit .... and then I shall travel you to Britain for a while before we return to Berlin in 1936.

Many of you will be pleased to know that I have written a dramatic prologue and I am now tiptoeing with purpose into chapter one with this big new story and high hopes to be finished by the first few days of January 2021.  Wish me luck.  It will be published end October 2021.