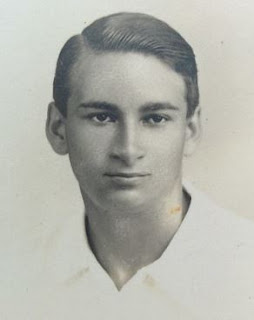 Mario Morgano was born on Capri in 1919. He moved to Genoa, where he graduated with a degree in law. Even during his university years, he was engaged in the Morgano family's hotel business. His first job was at the Hotel Miramare in Sanremo, run by his father. He moved back to Capri after the war, working first at the Hotel Morgano Tiberio, and then setting up on his own in 1959, building the Hotel 'A Pazziella. This was the island's first meuble.


The success of this venture spurred him on to create the jewel in his crown, the Hotel La Scalinatella. He realized his ultimate dream in 1981 when he bought the Grand Hotel Quisisana from the Grundig family. He passed away in May 2012.

Written words alone are not enough to describe Mario Morgano to those who never had occasion to meet him. His personal effects can help to paint a fuller picture. His sons and daughter, and above all his wife Pina, have decided to put on display, in this light and sunny room, the tracks of Mario's journey through life.

They testify to the intensity with which he lived and enjoyed his diverse yet similar passions, including tennis, where he achieved prominence at second-tier level, and philately, with his important stamp collection. His passion for music and reading is clear from his impressive library of volumes in different languages, often containing frontispiece notes and comments written by his guests.

Mario exchanged these books with his guests over the years, and they have now been placed on the shelves of the Mario Morgano Reading Room, a corner of the Hotel Quisisana dedicated to the celebration of his life and memory, alongside Donna Lucia, the founder of a family that has become part of the legend of the Isle of Capri.