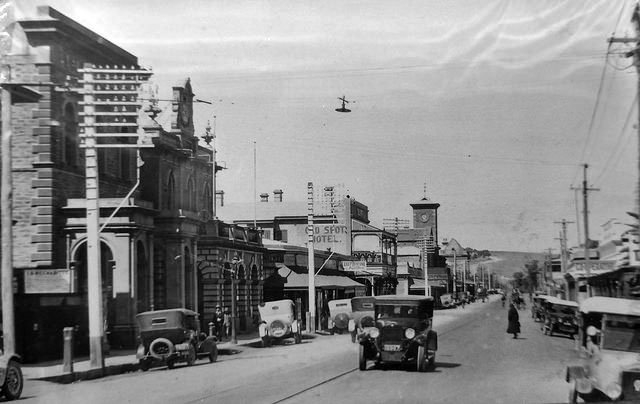 In the early days, settlements were often named after governors and their relatives and South Australia was particularly punctilious in this practice; Gawler honoured George Gawler who led the colony from 1838–41. The town began in 1839 and is bounded by the South and North Para rivers and backed by hills. It was on the miners' route to the Yorke Peninsula, Burra and Kapunda, and bullock waggons and coaches rested there overnight.


Graced by many fine Victorian buildings, plentiful park space and three town squares, Gawler was planned by Colonel William Light with his characteristic vision. Later Gawler came to be known as the 'colonial Athens'. When British Poet Laureate, Sir John Betjeman, visited in the 1970s, he said it was one of the most delightful country towns he had seen anywhere'.

The McKinley Memorial in Gawler honours 'Big John' McKinley who lived there after his marriage to Jeannie Pile in 1863. He led an expedition in 1861 to look for Burke and Wills and died in 1872 in Gawler.

The Old Telegraph Station is the oldest public building in Gawler, built of local stone soon after the Gawler-Adelaide railway link went through. The original gaslight still hangs over the front entrance. The building is owned by the National Trust and houses a telecommunications museum and rooms furnished in the style of bygone days.

The railway connection between Gawler and Adelaide was completed in 1857 and the present station, built to replace the original limestone building in 1879, retains its tracery of the best quality Staffordshire iron'.


Gawler became a prosperous industrial centre and a collection point for wheat and wool going to Port Adelaide. There were hundreds of jobs in the flour mills, foundries, brickworks and breweries.

Present-day Gawler serves a rich agricultural district and has become something of a dormitory town for many daily commuters to Adelaide.