Discover Adelaide and the Secrets of South Australia 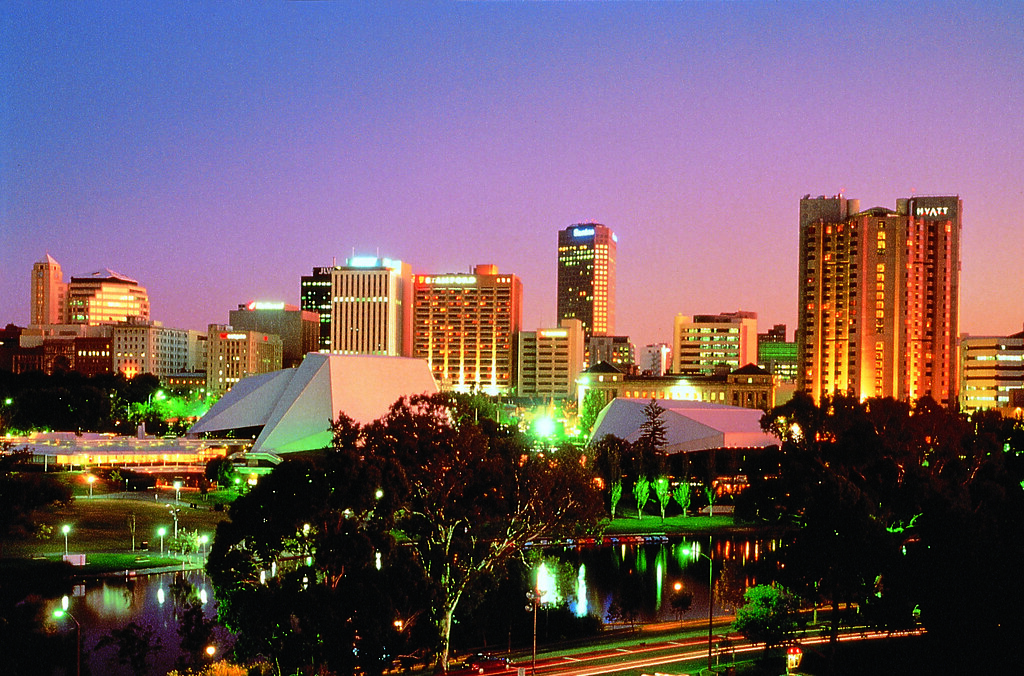 South Australia is a State of remarkable contrasts. Its elegant capital, Adelaide, is a city of innovation and culture. Home to one of the world’s great arts festivals, it is also a gateway to the Australian Outback and a vast array of unique tourism experiences. South Australia has grown from its traditional rural and manufacturing base into a diverse trading and advanced manufacturing region, specialising in food, wine, information technology and high-tech industries. It shines as one of the best places in the world to visit and in which to live, work, learn and do business.

The fourth-largest of the six Australian States, South Australia shares borders with all the other mainland States and is the junction of the major north-south and east-west road, rail and air corridors. Its capital city, Adelaide, is a sophisticated, cosmopolitan hub of more than one million people and is the centre of the State’s economic, cultural, political and social life.

South Australia’s economy has grown from its traditional rural base into a modern industrial conglomerate embracing many sectors, but with particular strengths in tourism, manufacturing, mining and information technology. Its abundant agricultural resources have been enhanced by widespread developments in the wine industry, aquaculture and food processing.

South Australia has experienced a record increase in international tourism, in 1999 attracting more than 313,000 international visitors. Combined with domestic markets, this has contributed to a A$2.7 billion industry which supports 32,000 full-time equivalent jobs.

As a percentage of gross State product, tourism now equals or exceeds the wine and automotive industries.

The strategy of leveraging off major sporting and cultural events, combined with winery visits, eco-tourism and convention marketing, has contributed to South Australia’s standing as a quality tourist destination.

The State’s manufacturing sector is showing strong and continued growth in a number of specialised and profitable sectors, including automotive assembly and components manufacture, defence, electronics, pharmaceuticals and precision engineering.

Adelaide, with three major universities, is an important centre of research and development and high-tech manufacturing, with many research facilities and corporations focused on developing new technologies.

But above all, Adelaide is an astonishingly attractive and pleasant place in which to live, work and learn.

It is possibly the most Australian of cities, with a strong sense of heritage and almost old-fashioned values, yet it is also one of the most international and cosmopolitan of cities.

By any standards, Adelaide is a friendly, safe city with a mild Mediterranean climate that allows an easy-going, relaxed lifestyle. Founded in 1836, it has broad and well-planned streets and boulevards, with squares and parklands surrounding both modern and fine old historic buildings.

While every city has its own character and charm, Adelaide stands apart from other Australian cities as a calmer, safer, more liveable place where business, commercial and intellectual life are pursued with great enthusiasm.

There is a comfort and convenience about Adelaide that is rarely found in larger cities, with a highly competitive cost of living that makes it possible for students to enjoy life here to the full.

Its city streets are filled with lively cafés and restaurants that provide the best value and quality in Australia, and reflect the huge diversity of its ethnic communities. Adelaide has taken multiculturalism to its heart and makes visitors of all nationalities feel at home.

Sandwiched between some of Australia’s finest metropolitan beaches and attractive hills that provide an instant refuge from the city, Adelaide’s location is ideal and a central starting point for travel further afield into the Outback or to South Australia’s other major tourism regions.

The city’s founders imbued it with a strong tradition of religious tolerance and political stability that lives on today. But despite its sense of history, Adelaide is a city that lives in the future not the past, adding layers of innovation and modernity to its civilised heritage.

Its creative spark has given Adelaide an unusually strong record of innovation in technology, education and political development.

It had the first university in Australia to admit women, the first conservatorium of music and the country’s first agricultural college. In politics, Adelaide was the first place in the world to allow women to stand for parliament. Its universities have produced Nobel Prize winners and business, social and political leaders for many Asia Pacific countries.

Adelaide – a city of innovation, culture, technology and education.

Setting the pace for international tourism

Eric Zabel, the turbo-powered sprint supremo of world road race cycling, was filled with misgiving as he pedalled into the South Australian countryside on an unseasonably hot summer day.

Having just arrived from the European winter, he felt the sweat seeping into his green Tour de France jersey in this training run for the inaugural 1999 Tour Down Under. He wondered if coming to the unknown terrain of South Australia had been the right thing to do. Two weeks later, after he’d set the tour alight with his dynamic riding, he knew he’d found a cycling Nirvana.

Some of the spectators here for that Tour Down Under would have made their way to Kangaroo Island, rightfully famous for its amazing wildlife. The island attracts international visitors and film crews to experience its natural beauty and drama – and increasingly its astonishing range of unpolluted produce, from oysters and crayfish to free-range chickens and sheep’s milk cheeses.

Others might have stayed on for a festival, one of dozens that justify Adelaide’s reputation as one of the world’s great festival cities. Sit in a quarry from dusk until dawn to watch an ancient Indian epic poem, see 3500 kilograms of rice poured over the head of a meditating monk, debate literary points of view with some of the world’s leading writers, get swept up in the street festivals that take over the city. Or even just watch the world’s largest Christmas pageant.

That’s festive Adelaide, described by some as a collection of small villages, once known as a city of churches by others – and more recently and accurately as a city of pubs, cafes and restaurants. With a higher ratio of restaurants to residents than any other Australian city, Adelaide has a wine and food culture that takes full advantage of its mild, Mediterranean climate.

Everything is so accessible it’s been called the 20-minute city, sea and sand on one side, the patchwork of the Adelaide Hills on the other, within an hour’s drive of three of Australia’s major winemaking districts – the Barossa Valley, McLaren Vale and the Adelaide Hills.

Head north on Highway One and in half a day you’re in the middle of the Flinders Ranges, on the edge of the Outback and in Aboriginal tribal lands where the stars at night are so clear and so close that visitors from countries with more polluted skies discover their universe for the first time.

Clear skies, clear seas that provide not only the cleanest seafood in the world, and plenty of it, but also play host to annual pilgrimages by the Southern Right Whale, which has favourite breeding grounds at special places along South Australia’s 3700 km coastline, windswept and washed by the Great Southern Ocean.

Music, food, theatre, wine, art and sport – and some of the world’s great wilderness experiences. Perhaps it’s not surprising that international tourism figures for South Australia are at an all-time high.