Ryanair to allow passengers to ‘smoke’ on board 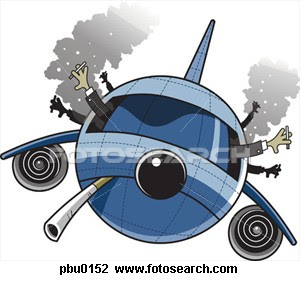 Ryanair, the World’s favourite airline, today (20th Sept) announced that smokers no longer have to worry about long flights without a cigarette as it launches a new range of Smokeless Cigarettes to ensure passengers get their required nicotine hit without breaking the law by ‘lighting up’ onboard their aircraft.

In a recent survey over 24,000 Ryanair passengers said they would like to smoke during flights. However, smoking on commercial flights has been illegal since the 1990’s but now to cater to passengers’ demands Ryanair has introduced Similar Smokeless Cigarettes, which look and feel like a real cigarette and deliver a small amount of nicotine through inhalation – passengers do not light the ‘cigarette’.

Ryanair’s Stephen McNamara said, “Ryanair’s low fares, unrivalled punctuality, least lost bags and fewest cancelations of any major European airline deliver exactly what passengers want. Now, to help passengers who like to smoke and find it difficult to travel on an aircraft for a couple of hours without getting their nicotine hit Ryanair has launched Similar Smokeless Cigarettes.

Ryanair’s Smokeless Cigarettes deliver a similar level of nicotine to traditional cigarettes and are available in packs of 10 for just €6. As these cigarettes are smokeless they cause no discomfort to other passengers and can ensure a more enjoyable and stress free flight for all passengers as non-smokers will no longer have to cope with moody smokers in need of nicotine.”