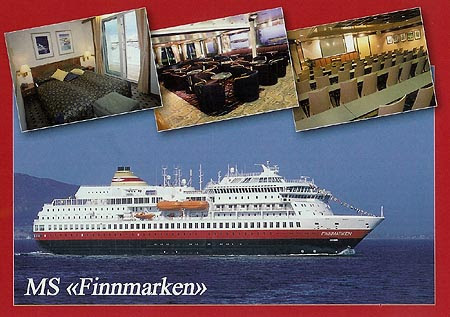 Hurtigruten is saying farewell to Finnmarken -- at least for a year and a half. The expedition line has signed off on an 18-month charter, with an option for an 18-month extension.

The 15,530-ton, 639-passenger ship is being chartered to Boskalis Australia Pty Limited, a global provider of dredging and maritime infrastructure services. Finnmarken will provide marine construction support (carry supplies) on the Gorgon project in Western Australia, which involves the development of a natural gas plant.

Because the contract will commence early in 2010, booked passengers on Finnmarken's scheduled Coastal Voyages will be impacted by the move. A spokesman for the line tells us most displaced passengers will be moved over to the 11,204-ton, 475-passenger Nordlys. Those with suite accommodations, however, will be offered similar accommodations onboard Midnatsol or Trollfjord because the slightly smaller Nordlys doesn't have enough suites to put up all affected guests (Midnatsol and Trollfjord are nearly identical in size to Finnmarken).

If you are booked on a Coastal Voyage aboard Finnmarken, you needn't do anything at this time. The company will be contacting affected passengers directly.

Email ThisBlogThis!Share to TwitterShare to FacebookShare to Pinterest
Labels: Hurtigruten