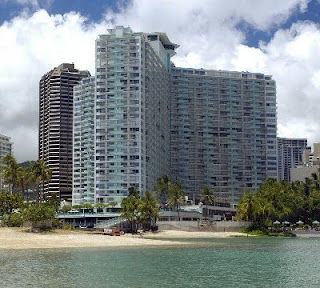 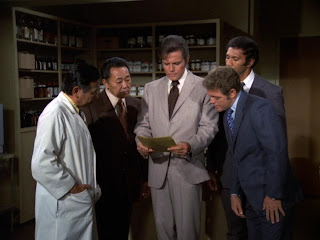 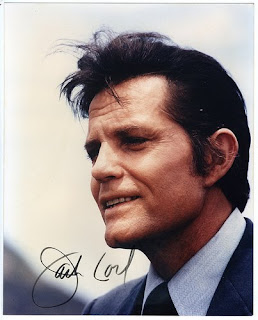 WE'VE never been averse to making dopes of ourselves in the cause of a good yarn, so the spectacle of us being loaded into the back of a police car in Honolulu was somewhat par for the course.

And a source of obvious bemusement amongst fellow hotel guests awaiting more normal means of transport.

That was way back in 1990, and we were reminded of it recently when word leaked that Hollywood's CBS was to pilot a re-make of one of TV's most successful-ever police series, Hawaii Five-0.

Our 1990 visit to Honolulu had been, amongst other yarns we were seeking, to search-out Jack Lord who'd played Steve McGarrett in Hawaii Five-0 for twelve years from 1968.

And we need not have worried about any difficulty in finding him: unlike most former stars, he was openly listed in the Honolulu phone book. And he happily agreeing to an interview that very day – even suggesting we do it at his favourite Chinese restaurant, and offering to send his car around to save us having to catch a cab.

So a couple of hours later we're standing with those other guests outside our Waikiki hotel, with no idea which the star's car may be amid the endless line of family autos, taxis and stretch-limos rolling-in to collect their human cargoes.

And a police car.

This of course quickly becomes the focus of everyone's attention, including our own, particularly when an attractive lady in full police uniform steps out. And the more so when she enquires: "Anyone here Ellis?"

"Please come with me," she says, opening the car's back door and ushering us aboard - now the focal point of a suddenly growing crowd of gawkers, each no doubt secretly appraising our potential demise.

And along the way to Diamond Head where Jack Lord lives, the lady tells me that No, she's not really wearing a police uniform, it's a replica. And No, the "police car" is the last of several used by McGarrett in Hawaii Five-0, and allowed by the Governor of Hawaii to be used on the road by Lord after the TV series ended – a "Thank You" for the enormous publicity Five-0 had generated for Hawaii.

Lunch proved rewarding, even if every question we put was interrupted by other diners seeking autographs. And never once did Jack Lord deny the 30, 40, 50 or more requests put to him, scribbling on paper napkins, pages from our dwindling notebook, and even on cigarette packets "Aloha (name of person) – Jack Lord."

And what did we learn about Jack Lord the man, and Hawaii Five-0 the series?

Firstly he admitted he'd got the star role of McGarrett by default. It had been offered to Gregory Peck who'd declined, and Lord was then invited to cast for it on a Wednesday, was told he had it two days later and was shooting the first episode in Honolulu the next Monday.

"It was some week!" he recalled.

Jack Lord was the only actor to play in all 278 episodes, the others being a mix of professionals for varying periods, including Khigh Dheigh who played McGarrett's arch-enemy, the evil Chinese agent Wo Fat, and James MacArthur (McGarrett's side-kick "Dano" Williams throughout most of the series.)

Others included mates of Jack Lord who did it for the fun of it – one, veteran Honolulu Police Officer Kam Fong, played one of McGarrett's team, Chin Ho for ten years between his real police duties.

And Chin Ho, Lord told us, was named after another of his mates who owned the Ilikai Hotel on Waikiki – scene of each episode's opening shot in which a helicopter camera zooms-in on McGarrett on a top-floor balcony – while Wo Fat was named after a Chinese Restaurant in downtown Honolulu, and is still there today.

Fast-forward now to 2009. CBS has engaged veteran writers Alex Kurtzman and Roberto Orci ("Transformers," "Mission Impossible III" and "Star Trek") to script the pilot for a potential new series of Hawaii Five-0, which will have McGarrett's son Chris succeeding his famous dad as head of the Hawaiian State Police.

And, yes, if a new series goes ahead, it'll include McGarrett's now pop-cult catchphrase, "Book 'em Dano" with each episode's final scene arrest.

[] THE Five-0 team, a mix of professional actors and mates of Jack Lord who did it for the fun of it

[] THE Ilikai Hotel Waikiki: opening scene for every episode featured a camera zoom-in of super-sleuth Steve McGarrett on the central top-floor balcony