SAILING THROUGH LIFE IS ALL IN THE FAMILY 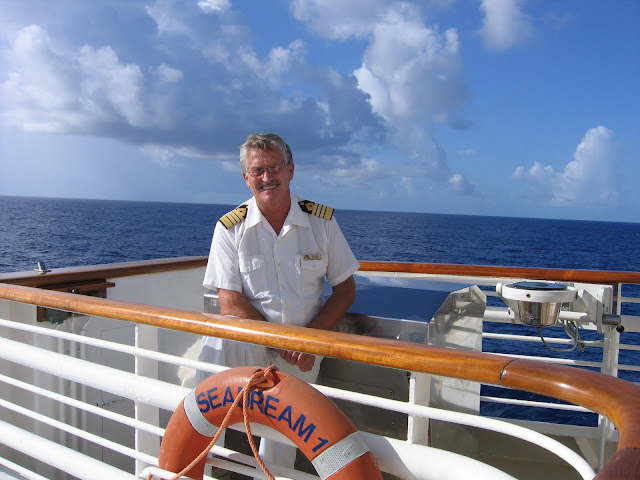 IF ever there's a bloke can say he's got the sea in his veins it's a Norwegian named Valter Berg.

His uncles were all sea captains and his two brothers both still are captains at sea.

So it was only natural that Valter would become a sea captain.

But he can boast something beyond the reach of the others: he was born on the sea.

The Berg family lived on one of Norway's off-shore myriad specks of land just under the Arctic Circle, a minuscule dot that bravely called itself an island and was home to a handful of families.

His father was skippering his small freighter on a run to the Middle East at the time his pregnant wife went into labour, and so Valter's uncle came to the rescue – rushing his fishing trawler to collect his sister-in-law from her island home and get her to a mainland hospital.

But the young Valter was already impatient for a life at sea, and came into the world before his uncle's fishing boat – its engines running hot – reached the mainland.

Today, aged 62 Captain Berg can look back at a colourful life both on the sea and under it: not only has he worked on fishing trawlers and cargo ships and passenger liners since officially going to sea at age 15, he did his compulsory Norwegian Navy service aboard a submarine.

When he first began his working sea career Valter was happy to initially enjoy the trawlers on which he worked; at a remarkably young 24 years of age he was officially appointed a captain and went on to command freighters on which he expected he would happily work out the rest of his days.

But one day 20-something years ago he got a call from a cruise company that had affiliations with the freighter line for which he was working: one of its small 5-star cruise ships had lost a captain to illness while visiting Sydney in far off Australia.

Could Captain Berg come to the rescue and take command so the cruiser could continue its Pacific cruise?

He jumped at the idea as something of a change – a change that was in fact to alter his entire life.

After successfully completing the Pacific cruise, Captain Berg was asked if he would be interested in joining the luxury Seabourn Cruise Lines that was owned by a fellow Norwegian, Atle Brynestad and which included in its fleet two boutique motor-yacht-cruisers, Sea Goddess I and Sea Goddess II that carried just over 100 guests each in absolute indulgence.

Captain Berg knew that the small Seabourn was about to merge with the goliath Cunard Line and accepted the offer.  But in 2001 Cunard decided bigger was better, and to "let go" of the diminutive two Sea Goddesses in favour of mega-liners.

Brynestad horrified at the perceived-error of their ways, bought back his beloved Sea Goddess motor yachts from Cunard, relinquished his interest in the company, and founded SeaDream Yacht Club, re-naming the Sea Goddesses as SeaDream I and SeaDream II.

But now after over two decades of SeaDreaming, Valter Berg has decided that in May of next year he'll roll up his charts on the bridge of SeaDream I for the last time.

But he's got a nice little flat back in Norway that he's long planned to "tinker with and finally give myself a permanent home," his son Valter Jnr is at university – and his daughter Janelle is a backstage photographer with Australian country musician Keith Urban.

And after a lifetime at sea does he have any regrets?

"Yes," he confesses sheepishly. "After all those lifeboat drills I ordered for ships passengers and crews, I'm glad we never had an emergency.

"Because in 47 years at sea I never learned to swim."