GEELONG’S GOT HISTORY DOWN TO A T 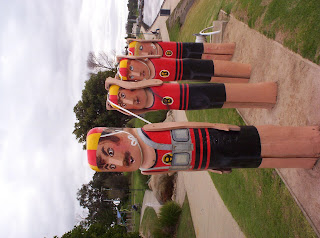 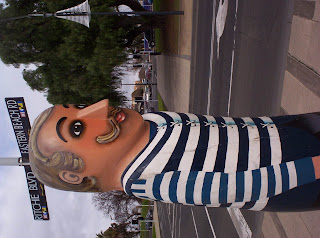 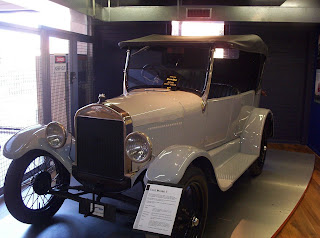 
IN 1859, rabbits began their rampage across rural Australia, hopping out from a sheep station on the outskirts of Geelong, Victoria's second largest city where Thomas Austin had imported the little critters as targets for the local hunt club.

Unfortunately as we now know, the members of the hunt club weren't

as proficient as they could be, and the rabbits escaped the hunter's guns to go on and create havoc of unimaginable proportions.

And it was in 1859 that one of the oldest football clubs in the world was formed at a location within cooee of where those 24 oversexed wascally wabbits fled.

Hoops of royal blue and white, which identify the Geelong Football Club, feature on the jerseys worn by the city's elite 18 senior players. Year 2007 was their big year, winning the AFL grand-final flag – incidentally more than 40 years between flags.

In the footy season the whole town talks, lives and breathes football, but the locals do like to show that they are now no longer a mob of bushies, and culture is also alive and well in Geelong.

A mix of the arts and a sprinkling of culture are recent brave attempts at putting a new face on the old girl. It's working, particularly along the Eastern Beach foreshore, where dozens of eye-catching bollards have been erected providing a bit of a giggle for walkers, joggers and cyclists.

The bollards tell some of the history of the city, and amazingly the years they've been on public display there's been minimal vandalism. Thankfully graffiti seems a no-no.

A first class performing arts centre and an excellent art gallery are part of the current cultural scene.

Sheep once roamed the vast plains which stretched from Corio Bay out into western Victoria, with Geelong becoming the major beneficiary. Whereas gold was the key mover for Ballarat and Bendigo, Geelong put its fate in the hands of graziers and indeed was the town which grew out of sheep.

Amongst the earliest industrial development were wool stores established by the port with a string of woollen mills built along the Barwon River. These have now all gone and wool is no longer king.

However, since the demise of wool, the buildings in the city's CBD have been transformed, some used by the local university, some about to be converted into apartments and others to house artefacts from a long gone era.

Not wishing to overlook the city's involvement with wool, city fathers created the National Wool Museum in the former Dennys Lascelles wool store. It is equal to collections, of any kind, in Australia with regular exhibitions and demonstrations regularly featured.

Close by, midst the former wool stores, is an exhibition which salutes the Ford Motor Company with its first class display of company produced motor vehicles, from an early Model T through to a collection from the new millennium.

Ford Geelong boasts the longest company sponsorship of any sporting group in the country, having backed the local footy club since 1925, even through the lean years, of which there have been plenty. That year also saw the birth of another Geelong icon, the department chain Target.

And amongst the new boys on the block are the vignerons. No less than 36 in fact, producing some of the finest wines in the country. Geelong was one of the initial wine producing areas of Australia, only to suffer the tragedies of phylloxera which wiped out the fledging industry. In the 21st century the industry is back with a vengeance.

The city is the gateway to the Great Ocean Road and again, more seaside settlements, such as Lorne, Port Fairy, Apollo Bay, Portland and Warrnambool.

Geelong, with a population of around 250,000 is back in business.

. MODEL T Ford, one of the first produced at Ford's Geelong factory

. AND its connections with the sea.
Posted by rodeime