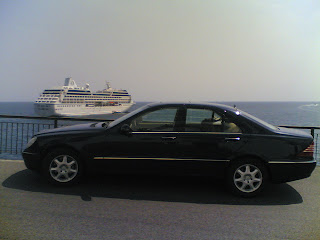 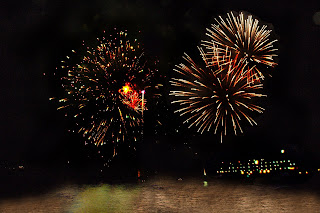 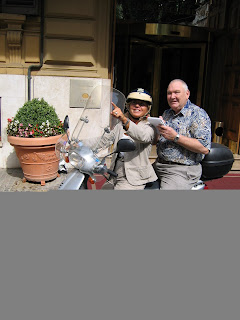 SO you want to hire a train so you and your mates can see Italy in style.

And a palace too, for a slap-up birthday bash along the way – complete
of course with your own orchestra and a fireworks show in a cosy
little Italian bay below as you celebrate the big day.

And to finish, when you get back to Rome, you'll expect a few-score
chauffeur-driven Mercedes on hand at the station to whisk the lot of
you to the airport in the style to which you've become accustomed.

Not if you talk to Francesca Alberghini, a blonde dynamo with
Rome-based company DDP Incentive Management who creates la Dolce Vita
for the well-heeled (and the sometimes odd-ball) as easily as a
magician plucks rabbit from a hat.

Plus she's got a few hundred other tricks up her sleeve: how about a
horse and carriage ride around Rome or Florence, Venice or Naples? Or
being serenaded by a children's choir at a lakeside picnic – or taking
a side trip to a dozen of Italy's most famous cities and sights?

Or simply settling down to a white-glove Pasta, Pizza and Wine party.

Ms Alberghini, as you've probably begun to appreciate, is not your
ordinary party organiser. She's been in the special events business
thirty years, after joining her dad in their hometown Naples where
he'd set up a business to look after the whims and fancies of those
wanting something really different in the way of corporate or private
family functions and celebrations.

Sadly Egypt's closure of the Suez Canal from 1967 to 1975 proved not
only a mortal blow to the Alberghini business, but to many others in
the travel industry in Naples as well.

"After Dad's business folded we moved to Rome to start all over again,
but Dad died just a year later," Francesca says. "I was only 20 at the
time and Mum and I tried to keep things going, but we lasted just
another year."

Francesca joined another company and specialised in looking after
corporate and private clients wanting something unique and unusual
during celebratory cruises and other special holiday or company
events.

And five years ago she switched to DDP Incentive Management where her
skills at weaving together the threads of the seemingly impossible,
and at times the outlandish, blossomed.

To Francesca there's no such word as No.

When an Aussie businessman chartered the mega motor-cruiser SeaDream
II for a week out of Rome with nearly a hundred mates a couple of
years back for his 50th birthday, his wife decided fireworks would be
nice to mark the Big Night.

So SeaDream Yacht Club asked Francesca to organise a barge-load of the
things, and as the birthday banquet unfolded on the deck of SeaDream
II in Portofino Harbour, guests gasped as the pyrotechnic spectacular
lit not only the whole of Portofino, but the surrounding "millionaires
row" Tigullio Gulf as well with ten minutes of smoke, flare, flash and
flame.

On another occasion a romantic Frenchman wanted 15,000 fresh roses
placed in every public area and in every stateroom on that same
SeaDream II during his week-long Mediterranean charter.

And another charterer wanted 10,000 rose petals scattered around the
pool deck as his friends came aboard to join him for his special week.
And yet another asked that his guests be led from cocktails to dinner
each evening by two turbaned Indians in traditional dress who'd been
brought aboard purely for these evening rituals.

Francesca remains totally unfazed by the many requests she receives,
saying that Italy stimulates in people emotions they often conceal at
home. "Our culture, history, gastronomic delights, arts and fashion –
all of them so much 'The Italian Way of Life' – inspire visitors to
express their true feelings,

"We're simply catering to their requests, no matter how unusual or out
of the ordinary they may seem," she says.

And it's not just the out of the ordinary: Francesca and DDP Incentive
Management also organise everything from seemingly mundane airport to
hotel limousine transfers, or booking a restaurant for a special
dinner.

"We strive to turn every traveller's dream into a reality," Francesca says.

If there's anything from that simple airport transfer, to your own
train, a stay in a palace, 15,000 roses or other touches of la Dolce
Vita, contact this bubbly dynamo on Francesca@ddpincentive.it

SHE may have a fleet of close-on a hundred Mercedes at her disposal,
but Francesca Alberghini still likes to scoot around Rome on two
wheels – here she shows the writer some of the Eternal City's
highlights.

UP in smoke: Francesca organised this spectacular fireworks display
for an Aussie businessman who chartered SeaDream II out of Rome to
celebrate his 50th birthday with a hundred family and mates.

PART of the luxury fleet – DDP Incentive Management can get you one
Mercedes-Benz for an airport transfers, or a hundred for the company
or family Mediterranean fling.