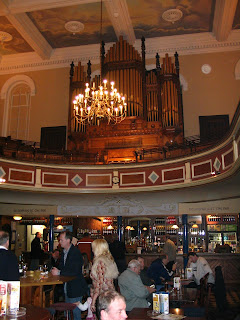 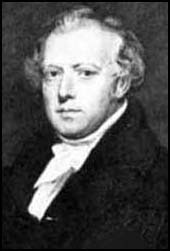 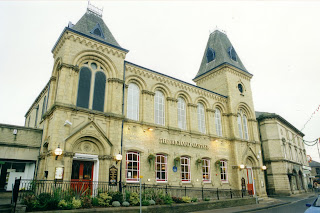 THAT noted 18th Century cleric John Wesley would be none too pleased
if he were to walk through the Yorkshire township of Brighouse today.

The founder of the Methodist (Uniting) Church was a teetotaller who
would preach on the evils of the demon drink from the pulpits of
chapels around England.

Brighouse, near the northern city of Bradford, was the site of one of
the most beautiful Wesleyan chapels in all of Britain.

Called The Park Chapel it was built in 1878 at a cost of 10,000
pounds, a King's ransom back then. The architect R.F. Rogerson was
deeply influenced by his love of French chateaux so the structure
stood out in an area dominated by massive, ugly-looking wool mills and
grim workers' cottages.

The Chapel closed in 1983 and the building became an indoor market
before that, in turn, closed down in 1999.

Today, much to the horror of Yorkshire Methodists, it is a pub – the
Richard Oastler, one of a chain around the country offering
reasonably-priced counter meals and drinks to hungry, thirsty
travellers. Or, for that matter, non-United Church locals.

Everything from traditional fish 'n chips and bangers 'n mash to
Chicken Tikka and Chili Con Carne is served here.

And for dessert Toffee and Banana Pudding, Treacle Sponge and
Chocolate Fudge Cake, of which the menu boasts "All of our hot
puddings are large enough to share."

The JD Wetherspoon group that owns the Richard Oastler targets classic
buildings to be renovated as pubs, although more than a few of the 689
establishments are housed in ugly modern buildings – the only places
available in some areas into which the company wished to move.

Wetherspoon's marketing people have bestowed some unusual names on
their properties.

Wetherspoon chiefs obviously like the name Moon Under Water because
there are several dotted around London and its environs...Charing
Cross, Leicester Square, Balham, Barnet, Enfield, Colindale,
Twickenham and Watford.

And the Last Post in Loughton is a bit of a worry.

But in the country the company is more likely to use the name of
interesting figures from British history.

At Bury in north-west England there's the Robert Peel, named after the
creator of the world's first police force who was born in Bury in
1788.

Trowbridge in Wiltshire boasts the Isaac Pitman, who gave the world
shorthand, the bane of young journalists before modern miniature
recorders were invented.

James Watt, the inventor of the steam engine, is commemorated in the
Scottish town of Greenock, where he was born in 1736.

And in Brighouse, the converted Methodist chapel with its magnificent
pipe organ dominating one end of a first-floor gallery recalls the
deeds of Richard Oastler, who lived nearby.

Oastler is remembered to this day for his vehement opposition to child
labor. When his followers dubbed him 'The Factory King', his opponents
sneeringly called him King Richard, a title he wore with pride.

Oastler's campaign was highlighted in 1830 when he described the
treatment of child workers as 'Yorkshire Slavery'.

The fight gathered momentum so rapidly that within three years the
British Parliament had banned children under nine from working in
textile mills and limited those under 13 years of age to nine hours a
day.

When he campaigned for an even better deal for children his opponents
managed to have him imprisoned in 1840 for debt. But each week from
his cell in London's Fleet Gaol he published a newsletter continuing
his campaign. And with money raised by friends he was eventually, four
years later, able to pay off the debt and walk free.

John Wesley would most certainly have sympathised with the aims of the
man whose name now adorns his chapel in Brighouse.

And one would like to think he would have given the thumbs up to the
food that is served there – even if he frowned upon the alcoholic
beverages that accompany it.

PULPIT to pub – The Richard Oastler pub in Brighouse was once a
Methodist Church.

RICHARD Oastler, child labour campaigner after whom the pub was named.

ALE and hearty: patrons of a different kind to when the message from
the pulpit was Teetotal.