Guide to the Southern Skies 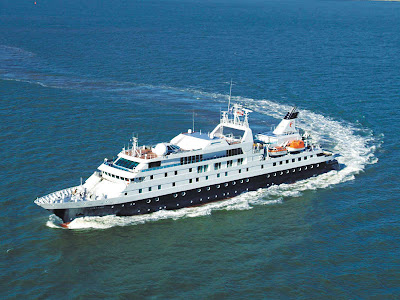 Ancient legends and modern science of the Southern Skies revealed

If you are interested in the enormity of the night skies but don't yet know a black hole from a white dwarf, or simply can't find your zodiac sign among the millions of stars in the night sky then this Orion 'Guide to the Southern Skies' expedition is the voyage for you.

In addition to the highlights of exploring the East and West Kimberley coast this 11 night voyage from Darwin to Broome will have a special astronomical focus when Professor Fred Watson, astronomer in charge of the Anglo Australian observatory at Coonabarabran, and Professor David Malin, astronomical photographer, writer and lecturer, join Orion's guests to reveal the ancient legends and modern science of the universe.

Far from being a series of dry academic lectures, these popular presenters will explain in layman's terms the wonders of the southern night skies from the perfect vantage point onboard the expedition cruise ship Orion. Typically crystal clear evenings, so often enjoyed in the remote Kimberley at this time of year, make this a must-do for anyone interested in the science and mythology of the night skies.

By contrast, dawn reveals the rich ochre of the Kimberley coast and the start of another day of exploration. Ancient aboriginal artworks are visited and revealed by Orion's expedition team and Orion's Zodiacs take guests between rugged gorges and up rivers, home to salt water crocodiles, to experience waterfalls and the wonder of the Kimberley close up.

Did you know? Orion, in astronomy, is a prominent constellation able to be seen from both northern and southern hemispheres, identified in Greek mythology with the hunter – you may know the star grouping as the plough, big dipper, saucepan, shopping trolley or Orion's belt.

2009 is the International Year of Astronomy

Fares begin from A$8,430 per person for an ocean view Category B stateroom

Suites begin from A$11,625 per person for a Junior Suite

Owners’ Suites with French Balcony are A$17,655 per person
Posted by rodeime