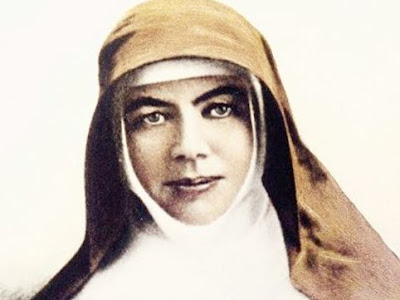 One of the greatest historic milestones in Australian history, the canonisation of our first saint, Blessed Mary MacKillop, will take place at St Peter's Square, Rome, on October 17 – with several thousand Australians expected to travel to the city to witness first hand this extraordinary event. Harvest Pilgrimages is the official Canonisation Tour Operator for the historic event.

"Mary MacKillop's canonisation will be without doubt be one of the great moments in our nation's history, with the invitation going out to Catholics and non-Catholics alike to enter into the pilgrim spirit and travel to Rome to celebrate the coming Australia's first saint," Harvest Pilgrimages managing director Philip Ryall said.

Harvest Pilgrimages has been appointed the official Canonisation Tour Operator by the Sisters of St Joseph (the Religious Order which Mary MacKillop founded), the Catholic Archdiocese of Sydney and the Australian Catholic Bishops Conference.

Mr Ryall said that the official travel packages with Harvest include airfares, taxes and levies, hotels or pilgrim houses and specially designed Mary MacKillop-focused sightseeing all being accompanied by professional pilgrimage escorts and guides that will "provide a spiritual focus and appreciation" of the unfolding events. These will feature a 'Footsteps of Mary MacKillop' walk which will retrace the sites she cherished during her visits to Rome in 1873/74.

The main ceremonies included in their packages feature a Preparatory Concert to celebrate the saint's life on the Saturday night before the Canonisation Ceremony of 'Mary of the Cross MacKillop' in St Peter's Square by Pope Benedict XV1 on Sunday October 17th.  Finally on Monday 18th October, Australians will be invited to gather for an historic moment of thanksgiving – the first ever Mass for an Australian saint!

Mr Ryall said Harvest Pilgrimages has launched a one-stop dedicated booking system www.canonisationtravel.com outlining the range of Mary MacKillop Canonisation official travel packages while further producing a stand-alone brochure detailing all the packages and rates – 10 per cent commissionable on the land only prices to agents.

Packages start from $3190pp for a four night 'Rome Express' which includes economy airfares with Cathay Pacific, quality accommodation, deluxe coach travel and transfers, all breakfasts and dinners daily, entry passes to all three official ceremonies, pilgrim sightseeing, professional escorts plus a cabin bag, Canonisation journal and ticket wallet. A six night 'Rome Pilgrimage' package is priced from $3590pp. In all there is a choice of 11 packages, ranging from four to 17 days.

Mr Ryall said that there has been an incredible response from the public on the canonisation. "It has generated a massive amount of interest across the board. Here we have a wonderfully spiritual and humble person who dedicated her life to helping others in the truest Christian sense – and Australians recognise that. As a nation we are tremendously privileged to have had Mary MacKillop as one of our own."

More than 150 Sisters of St Joseph, the Order she founded, will be attending the Rome canonisation standing alongside Cardinals, Bishops, Priests – and the thousands of Australian pilgrims – all there to give thanks to a truly inspiring Australian.