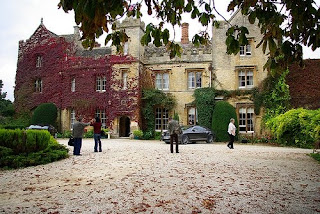 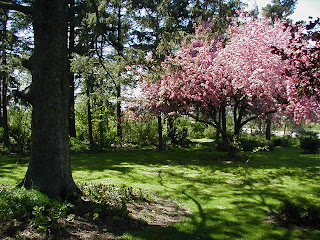 WHEN a romantic English lady named Maude nibbled at her lover's ear that his passion "had her aflame," little did she realise just how prophetic her words were to be.

For Maude, a lady who had lived a somewhat sheltered life, had not plotted her one and only tryst too carefully at all.

Still quite attractive even though some years had passed since her youth, Maude had never expected to be swept off her feet as she was by a Romeo who was also of mature years, and coincidentally ready for his first fling too.

But sadly for them in England's 11th century, ladies – irrespective of their age – were expected to go through ritualistic courtships, and to tie the knot before becoming involved in too much heavy breathing.

To begin with, Maude was a nun.  Secondly, her lover was a monk.  And thirdly to make matters worse, they were caught in the act in what should have been a very celibate cell in a monastery in Oxfordshire.

Maude's chauvinistic all-male peers handed out quick punishment. She was burnt at the stake, while her lover got the better option of being merely banished to the outside world.

But Maude, as the flames licked around her, vowed to return to him after death. And return she did.

Over the centuries the old monastery has changed hands numerous times, and today is the grand Weston Manor country hotel. And 900 years after her death guests have sworn to hearing sounds of light footsteps in one particular, and otherwise empty, corridor – the very one that Maude once tippy-toed along to meet her lover.

And staff say they have heard a light woman's steps behind them in the same corridor in the dead of night… yet when they've turned around, the corridor has been empty but for themselves.

Weston Manor is not England's only hotel serving as something of a memorial to the love-lorn. At the George and Dragon in West Wycombe (Buckinghamshire) the sobs of a young serving maiden murdered 200 years ago are still said to be heard in one room today.

According to legend, some local lads were peeved at the flighty young lady sharing her affection with not one of their own, but a commercial traveller who regularly stayed at the George and Dragon. So one night they waylaid the two and beat her senseless before the traveller managed to get her to his room, in which she died soon after.

Vowing like Maude to return to live with her lover forever after, guests today have told of hearing a woman's sobs in an upstairs bedroom that staff assure is unoccupied… the very room in which the young maiden died all those years ago.

And a philandering farmer's mistress has left her sad memory at the Lion Hotel in Nyetimber in Sussex. The hotel includes three small cottages that were built back in 1407, and were used to store smuggled whisky and brandy that was slipped in through a 1200-metre long tunnel from the coast.

As well as helping himself to the illegal odd nip or three, the farmer found the tunnel a useful place for also slipping into the arms of a local wench of his own lustful persuasion. Unfortunately his wife one night followed him into the tunnel, and discovering what he was up to, dealt his mistress a stunning right hook.

She was carried semi-conscious to either room 5 or 6 on the hotel's ground floor, and swore along the way that she would return to her lover as soon as she recovered. This so further enraged the farmer's wife that she dealt another savage – and this time mortal – whack.

The departed mistress was buried in her best blue silk dress, and today guests at the Lion have reported seeing a "blue apparition" in those two rooms.

One even signed a statutory declaration that he had been awakened in Room 5 "by a lady dressed in blue standing before me, then she disappeared right through the wall with no other sound than the rustling of her blue silk dress."

Even Maude couldn't top that.

[] WESTON Manor, Oxfordshire: spirited encounters in more ways than one.

[] DID Maude and her equally ill-fated lover once tread this peaceful Oxfordshire retreat?