WILD LOOK AT INDIA’S PAST OF PALACES, STEAM AND TIGER HUNTS 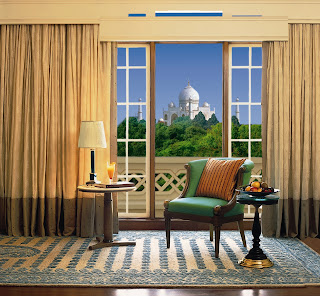 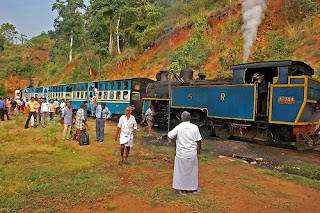 FAR Horizons has a Palaces and Tigers of India tour in November 2011 that will take guests into the Bandhavgarh National Park that's got the world's highest density of Bengal Tigers.

And in deference to India's days of yesteryear, there'll be a full-day trip aboard the historic "Toy Train" built by the British in the 1800s to serve the hill station of Ootacamund – dubbed at the time "Snooty Ooty" – and an overnight in Agra's opulent Oberoi Amarvilas Hotel in rooms with balconies and view of the Taj Mahal, and later two nights at the Lalitha Mahal Palace in Mysore.

Timed so that the Taj Mahal is visited on a night of the Full Moon, this unique tour includes morning and evening game drives into the Bandhavgarh National Park – with just three guests per jeep to ensure unobstructed viewing and photo opportunities.

The 20-day tour departs Australia on November 4 2011 for Delhi with a mix of road, rail and air travel to Madurai in India's far south.

There are multiple nights in several major centres, and accommodation is in former palaces, luxury hotels, cottages and villa suites; price starts from $18,500pp twin-share ex-Sydney, Melbourne or Brisbane and from $18,750 ex-Perth*, including return air and taxes, all meals, a Far Horizons escort throughout, daily tours with local guides, and entry fees.

*Ex-Perth requires an overnight in Bangkok on the way to India, and use of a hotel day room on the way home.

FULLER ITINERARY DETAILS: After two nights in Delhi, major highlights include road touring to Jaipur, Agra, a morning train ride on the Shatabdi Express to Gwalior, and road to Orchha, Khajuraho, Bandhavgarh and Jabalpur; a short air trip to Bangalore is followed by road touring to Mysore, Ooty and Madurai for the flight back to Australia.