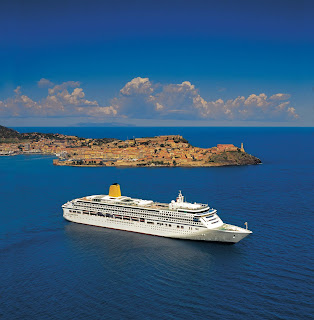 The 2011-12 program features seven P&O Cruises' ships sailing 156 cruises to 270 different destinations, including nine new ports of call ranging from the Bulgarian city of Bourgas to Norway's picturesque town of Flekkefjord and historic Zadar in Croatia.

Cruises on offer range in length from two to 36 nights, priced from just $369* per person for a two-night cruise onboard Oriana departing Southampton on June 3, 2011 and visiting Bruges.

A highlight of the new program will be the maiden season of the child-free Adonia which will include voyages to the Mediterranean, Baltic, Black Sea, Northern Europe and around Britain.

Joining the P&O World Voyages fleet in May 2011 and carrying just 710 passengers, Adonia's small size will allow her to take guests to visit off-the-beaten-track destinations, with cruises priced from $1639* per person for a 10-day voyage from Southampton to Italy's Savona, via Portugal, Spain, France and Monaco.

Adonia will also sail a series of fly-cruise voyages in the Mediterranean from November 2011 to January 2012. Fourteen nights of sailing from Trieste to Athens and calling at ports in Italy, Slovenia, Croatia, Turkey and Greece is priced from $2679* per person, departing on December 6, 2011.

Meanwhile a seven-day roundtrip cruise on board the 116,000-tonne Ventura from Southampton to France and Spain calling at La Coruna, Bilbao, La Rochelle and Brest is priced from $1059* per person twin share.

The family-friendly Oceana will offer a range of cruises in the Mediterranean and Caribbean, including a 12-night roundtrip cruise from Southampton to the Canary Islands priced from $1699* per person.

At the same time, Aurora will offer a 36-night roundtrip cruise to the Caribbean from Southampton departing November 14, 2011, priced from $5569* per person.

Onboard credit bonuses of up to £125 per person are available to all bookings made by December 31, 2010, while P&O Cruises is also offering a free upgrade to all its past passengers who book a cruise from the new program before the end of the year.