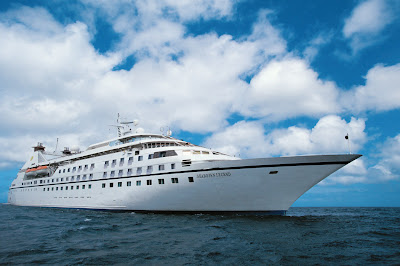 The first of possibly more cruises in the Indian Ocean and along the Eastern African countries has now been canceled and the vessel is due to be moved to the Caribbean instead of the Indian Ocean in 2010.

Cruise line company Yachts of the Seabourn decided to move its Seabourn Legend, which was scheduled to sail during the 2010 and 2011 seasons between the Seychelles, Kenya, Zanzibar and Madagascar, among others, after the latest spate of attacks on vessels along the Horn of Africa.

The decision may have been influenced by the growing radius of pirate attacks further out into the open sea, the latest being the reported hijacking of a Chinese ship. The company has a special appeal to cruise aficionados as the company uses smaller vessels offering a true luxury hospitality environment and fear for their very posh and wealthy clientele being taken hostage by Somali ocean terrorists may have been a major factor to avoid the Indian Ocean in the immediate future.

Passengers already booked now have the option to select other itineraries operated elsewhere in the world or else get a refund for deposits made.

No response was yet received from tour and safari operators lined up to handle the ship during port calls and take the passengers on safaris or island tours, but the loss of revenue is thought to be considerable.

This loss will undoubtedly add to the sentiments against the Somali pirates and bring about even stronger calls for a more robust and determined engagement against their safe havens, their mother boats and skiffs out on the ocean, including hot pursuit into waters claimed by Somalia as their own.

The Seychelles, in particular, depend on tourism as one of the main sources of their national income and has openly embraced overtures of the naval coalition partners for more support to patrol and police their extensive national waters, which extend 200 nautical miles around the archipelago.

Subsequently, the capacity of the Seychelles Coast Guard and related units has been substantially boosted in recent months in regard of both surface as well as aerial capabilities in a bid to create a credible deterrent.
Posted by rodeime