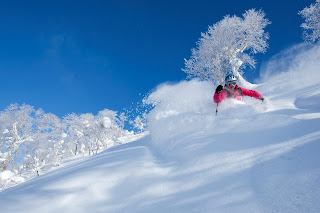 Australian arrivals to Japan during November and December 2009 have increased 20.7 percent and 9.4 percent, respectively, on 2008 figures, according to a preliminary report released by the Japan National Tourism Organization (JNTO).

Total Australian arrivals for the January to December 2009 period reached only 211,600 – a decrease of 12.6 percent on 2008 figures: though, a good result considering 2009's economic climate, according to the JNTO Sydney office.

Australia has retained its position as the sixth major Japan inbound market for the third year running, with its position currently ahead of the UK, Thailand, Canada and Singapore and behind South Korea, Taiwan, China, USA and Hong Kong.

The JNTO report said a number of factors, including the steady appreciation of the Australian dollar against the yen, an increase in online media promotions targeting the Australian market, and the Visit Japan Year 2010 Campaign marketing effort which was launched in late November 2009, are seen to have contributed to the increase in Australians travelling to Japan.

Furthermore, with Japan's ski season now in full swing and the popular cherry blossom season following in early spring, JNTO is optimistic that Australian arrivals will continue to increase.

The figures released by JNTO are based on arrivals of Australian passport holders and include business, leisure and stopover visitors.